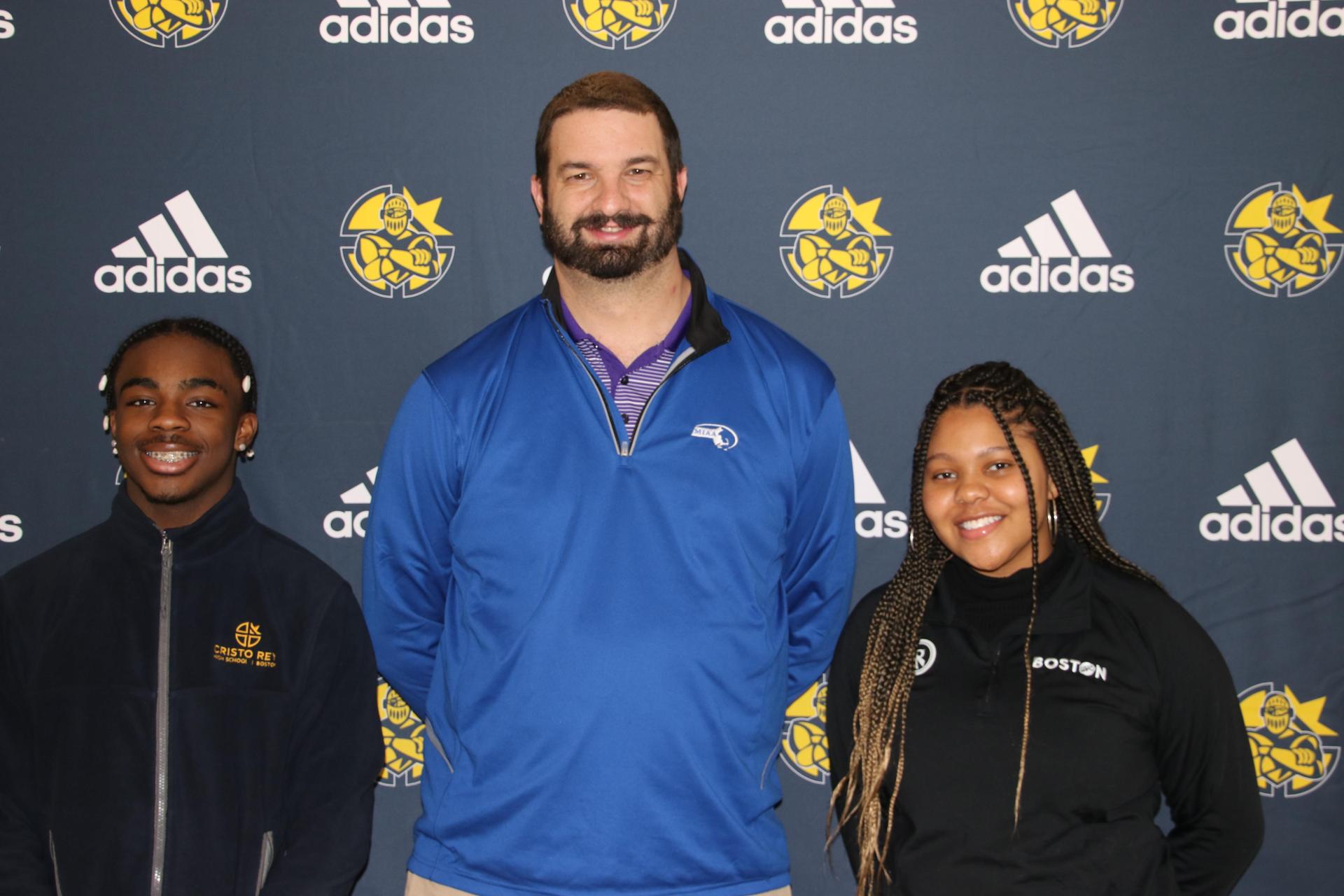 Junior Omarion Braggs and Senior Jennifer Moreno-Semedo were recently named Catholic Central League All Stars. This honor encompasses their skills on the football field and volleyball pitch, but more importantly is given to a student who excels both on and off the field with the attributes of positive sportsmanship, citizenship and academic excellence.

Omarion has been playing football since he was 7 years old, participating in the local Pop Warner league as a member of the Mission Hill Buccaneers. Now representing the combined Cristo Rey Boston-Cathedral program, Omarion excels in the position of running back, linebacker and quarterback, aspiring to play college football. His dedication to his sport is evidenced by his year-round participation, training all summer with 7x7 workouts.

As part of Cristo Rey Boston’s corporate work-study program, Omarion currently works in CRB’s athletic department, assisting the AD in updating the website, compiling statistics and assisting with scheduling for the CRB Athletic teams. Aware of the odds of eventually playing professional football, Omarion stays focused on his academics and the value of the corporate work study program in addition to football, stating “I’ve learned how to make connections via the work-study program, meeting new people and tackling new skills. In many ways, it’s like sports- starting a beginner and steadily building competence as time and practice evolve.”

For her part, Jennifer Moreno- Semedo is enjoying her last year at Cristo Rey Boston. A senior who in excels in volleyball, holding the position of outside hitter, she also participates on the cheer squad and softball team. Jennifer is awaiting college decisions and is thrilled to have received a few acceptances.

Jennifer shared that she loves playing competitive sports, being part of a team that loves to win and has a wonderful comradery. She stated that playing sports has “given her a confidence that carries over to other areas of her life, staying active and trying new things like cheerleading and softball.”

Working at Brown Brothers Harriman as an assistant to the community relations and HR team has “pushed her out of her comfort zone, and again, challenged her to try new things.” Jennifer feels that the confidence she has gained over the past 3 ½ years at CRB, both playing sports and participating in the corporate work-study program have “created an opportunity for future success.” She loves the small community of CRB and the relationships she has built with faculty and staff. In particular, she loves taking computer science with Mr. Kim and is looking forward to the challenge of college next year.

Athletic director Dan Curran praised both students as leaders, both on and off the field. Noting that participation in athletics at Cristo Rey is particularly challenging giving the demands of student's work-study commitment, which takes precedence over practice and games, Curran remarked that “both students showed tremendous dedication to their teams, and to being leaders within the school building, and that this recognition was well deserved.”